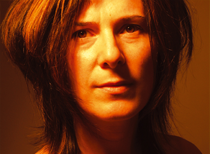 Olga Danelone explores the theme of awareness in the 90s, turning her interest to oriental philosophies, continues with western philosophy together with scientific and technological themes. Through a constant study of international essays and readings, she comes to the concept of displacement, flow; movements composed of matter and energy.

Communication is understood by Danelone as chemical language, as a sensor of the community extended to the exponential development of humanity on the planet (today more than 7,000,000,000), as the analysis of the status of insect communities in particular ants, bees and termites, and termites with their apparently inexplicable movements, but which are linked to the process of trophallaxis. The reciprocal exchange of nourishment (basis of the bio-chemical component of communication), which involves social dynamics.

The motor impulse “multiplied over time by the totality of the universe”, the transit idea that underlies the founding concept of life is a starting point of the biological concept of the human aggregate in a territorial visualization, intended as the expression of a condition contemporary urban. This produces the “maps”, unmistakable visual elaboration of Olga Danelone. And with the maps, the absolutely contemporary symbols of an idea of unstoppable “transit”, such as highways, interchanges, roundabouts and confluences, escalators, – human parallel of insect trophallaxis – which produces a common purpose and desires, group understanding, social cohesion.

In the constant artistic research, new appendages are added, new roles, in which Danelone identifies herself, as that of the Publisher, with copyright, or that of the architect for the need, in both cases, to validate, authenticate your road project, the work produced, by placing a brand on it. Thus was born the stamp “Olga Danelone – International Street View”. Or, last corollary of the path, “Pac-Man, Trophallaxis World” this little creature with head and big eyes, comparable to electronic games also available in casinos and therefore a harbinger of hopes and desires, as well as pre-established fate-paths, which goes around through the ways of the world, and in which our human dimension is identified in the technological era.

Olga Danelone was born in Italy in 1964.

Giovanni da Udine School of Art, 4 years, from 1984 to 1989 in Udine; a year of Graphic Computer at the Youth Center of Udine 1991; course of Video Techniques with the Cinematographic Expression Cinema of Udine in 1994.

Next to her work as a painter, at first she carried out an analysis on Eastern philosophy and, afterwards, along with scientific themes, on Western philosophy.

Philosophy and science are still part of her personal and artistic research.

Olga Danelone, began her exhibition activity in 1986, her works can be found in public and private collections in Italy and abroad.